For more about the ideology of Vedanta Society, please click here.

The following are the regular activities at our Center:

Children’s activities: Children’s program usually on the first Sunday of every month (4:00 – 5:00 PM) • A children’s summer camp • A children’s room that is always available for parents to attend to their children while seeing and listening to the activities of the Chapel

Social Service: Spiritual counseling service • Pecuniary help for those in need • Collaborations with other organizations in providing social service • Fund-raising for victims of natural calamities

Other activities and resources: Voluntary service at the Center on Saturday (8:30 – 10:30 AM) • A small library of religious and philosophical books • A Vedanta bookstore: Books/CDs/DVDs available for sale

All timings given above are subject to change. Please refer to the programs and events schedule for exact timings. 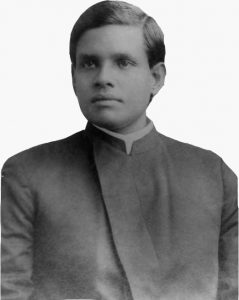 Swami Saradananda, one of the direct disciples of Sri Ramakrishna, was the first Ramakrishna-order monk to give a lecture in Rhode Island at Manning Hall of Brown University on the topic, “Philosophy of India” on April 20, 1897. In his talk, he explained to his audience, “The interchange of thought between the West and the East is bringing them closer together. It will show that truth is not included in any single religion.” Swami Saradananda is thought to have stayed as a guest at 9 Arlington Avenue on the East Side of Providence, less than a half-mile from the current location of the Vedanta Society of Providence. 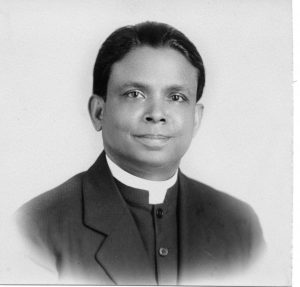 A constellation of relationships and events ultimately culminated in Swami Akhilananda’s arrival in Providence in 1928, which marked the genesis of the Vedanta Society of Providence. Swami Akhilananda delivered his first lecture on the fifth floor of the Biltmore Hotel in downtown Providence on September 9, 1928, addressing the topic, “Psychology of Religion.” He would later give many lectures on topics related to psychology. At the first lecture, the Swami found himself an ardent follower in Italo Pellini, who would be helping him in his work of establishing the Vedanta Society of Providence. Miss Helen Rubel (who provided most of the funds), Mrs. Anna Worcester, and Bertha and Edith Hawkhead were the other core members of the society. Public response to the first three lectures led Swami Akhilananda to conduct regular services and classes in a rented space at 241 Weybosset Street, beginning on December 9, 1928. 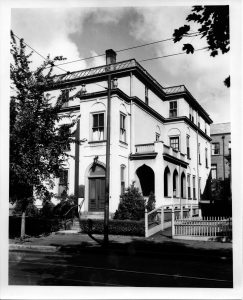 Due to an increasing number of attendees to these activities, in late 1930, a house at 224 Angell Street was purchased and suitably remodeled, and this became both the chapel and the Swami’s living quarters. The weekly schedule of Tuesday and Friday evening classes and the Sunday evening service started then is still followed today. From 1937 to 1938, Swami Satprakashananda, who went on to found the Vedanta Society of St. Louis, temporarily stepped in to head the Providence Center in Swami Akhilananda’s absence. During the 1940s, Swami Akhilananda gave radio talks on stations WJAR and WFCI and spoke at various colleges, including Rhode Island College, Providence College, and Brown University. 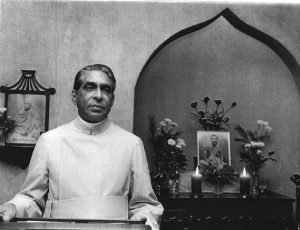 The 1990s brought new challenges as efforts were made to improve the Center’s facilities, to make the space more accommodating for both local devotees and visitors from other places. In 1996, the Vedanta Society acquired the house at 221 Angell Street, which was then renovated mainly as a women’s guest house. In an arrangement with the Wheeler School in 2000, the building at 224 was exchanged for the property at 227 Angell Street. The vacant lot at 233 Angell Street was also purchased to provide space for parking.

The Vedanta Society of Providence continued to offer the regular weekly programs besides augmenting them with occasional special retreats and talks by visiting Swamis from across the United States and the rest of the world. New programs like the daily morning and evening meditations, guided meditations on Saturdays, and special programs like the weekend residential retreats attract many interested participants. Many devotees attend the special worship days on the occasions of the birth anniversaries of Sri Ramakrishna, Holy Mother, and Swami Vivekananda, Durga Puja and Guru Purnima. The Center also has hosted many classical Indian and western music concerts with musicians of all hues.

Swami Yogatmananda is routinely invited to speak at local colleges and serves Chaplain at both Brown University and the University of Massachusetts-Dartmouth. Each year, Universal Brotherhood Day is celebrated at the Providence Center, bringing together local clergy from many different religious paths to share their perspectives with the broader community.

Swami Yogatmananda grants interviews for spiritual instructions. All appointments must be made in advance.

The need for a larger Chapel was increasingly felt during some of these activities that had a very large attendance. Plans to begin new programs also necessitated such an expansion. With generous support and help from the devotees, a new Shrine-Chapel with a few residential guest rooms was built after the demolition of 221 building that was serving as women’s guest house. After the finalization of the design involving changes and approvals from various authorities spanning two years, the ground-breaking ceremony for this new building was held on October 15, 2010 and the construction itself began on December 17, 2010 and continued up to April 2012.